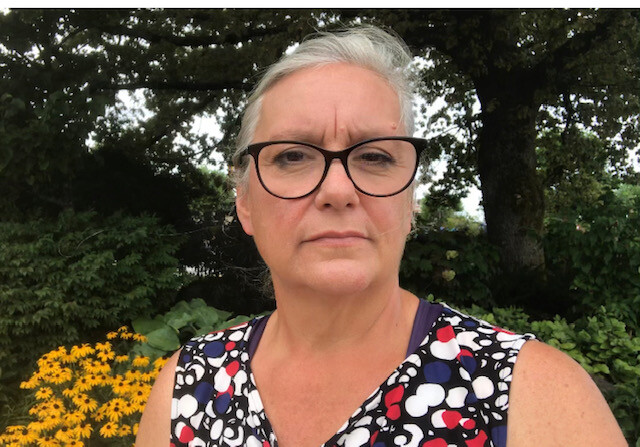 During a recent visit with a very good friend, we got to talking about my recent weight loss.
Over the past year I have worked hard to lose 40lbs and at least 2 dress sizes. I feel GREAT!  When I put on new clothes, I feel lithe, energetic and confident. I look at myself in the mirror and think "Good Girl -- you look and feel terrific". It was a different feeling than at other times in my life when I had lost weight.
The conversation took an interesting turn as we exchanged various weight loss stories from our past and she told me that the last time she lost a significant amount of weight, her new weight became "her new fat" -- meaning she now felt that the weight she was at ...not the weight she had come from....was now "fat". She struggled to get past that feeling that even with weight loss, she was still fat.
I pondered this conversation and it's implications for the whole of the next week while I was on a solo roadtrip with my dogs. I realized that other times in my life when I had lost weight, I, too, had determined my body to be at the "new fat". Pictures where I could see I still had a belly were deflating.  It wasn't long before my old habits crept back in alongside the pounds.
Why is it that women, even when they lose weight and achieve a goal, still look at themselves and think "still fat"? So what was so different this time for me? What was the fundamental change?
Sure we can blame this feeling on cultural conditioning, on advertising that shamelessly airbrushes away female flesh to make it more appealing, who applies body makeup so blemishes of any kind disappear into a milk of consistency. But advertisers only do that because it works.
Women have so internalized this culture of the pursuit of female "perfection" that advertisers are only serving us back what we ordered....it truly is a vicious circle.
So what to do....do we take advertsiers to task for continuing to promote the unattainable and really undesirable traits of "perfection"? Do we try to shake up society so the entire idea of "perfection" and it's whiteness is challenged?
Sure we can and should.....but it is a herculean task and will truly only change when we do. In the meantime how do we respect ourelves more and judge ourselves less?
I know for me what happened was that I began to question all my beliefs about the way I lived my life. Work that I loved (and most importantly the  way I worked) was the cause of the overwhelming stress that caused my heart attack  in July 2020 so I was already excavating the mindsets that got me to that point so naturally my mindset about weight/fat/body also started to bubble up. This is where I found my path.
So, let's talk fat mindset then. What is the script we have running , that I had running, in our heads about being "fat"?
I can remember my mom endlessly chastising my sister and I about holding our stomachs in when we were girls. Why, after all, would you want to stand there with your belly hanging out like that?
Later in life, as I went up and down in weight, my mom's side comments reinforced that her conditioning linked fat and slobby, I began to tune it out. Mostly because I just couldn't be bothered getting upset by it anymore.
That didn't mean I didn't also hold those beliefs, because I certainly did. I felt slobby. I felt ungainly and unattractive. It was just that at the time, I didn't care enough about those bad feelings to change them. I just bought larger clothes thinking that baggy would hide the rolls. I couldn't have been more wrong.
The baggier the clothes, the larger I felt I looked -- but I had to try to hide it -- didn't I?
After my heart attack, I found myself suddenly having a conversation with my body and my opinions on it changed. I became softer in my analysis of it, and suddenly had a new found sense of pride in it. I had SURVIVED! My body had taken all the punishment I threw at it, rebelled enough to get my attention but didn't die! Maybe I should be proud of my body?
So I began asking myself what narratives I had around my body and food and fat and attractiveness- and asking myself were those narratives still serving me - indeed, had they ever served me?
I can't say I was shocked to uncover the stories, the judgements, the beliefs that I held. Or that I suddenly just gave them up and started anew. Nope. Every day now I find myself confronting my beliefs as they arise.

What I did find was a new sense of peace with my body, how I thought it looked, how I thought it SHOULD look and MOST importantly how it felt on the inside.
I also had to hold myself accountable for what I thought when I looked at another woman and her body size. Did the old narrative just start when I saw her running or eating or just simply being? Yep. But I started replacing that judging narrative with "Good for you-- you go girl!"  every.single.time. I saw another woman. No matter what she was doing. No matter how she was dressed. No matter what her size. YOU GO GIRL.
And what it did for me -- not just confronting those narratives head on, but challenging them when they flipped in to judgement mode of other women -- was that I started to feel better in my own skin.

Then I started to add "you are beautiful"  to my thoughts as I watched my sisters in their lives AND when I looked at myself in the mirror (and by looked I mean naked. full on. no bullshit). The sense of freedom was intoxicating!
So if you are working on your self-image, on your judgements, on being comfortable in your own skin, I challenge you to uncover your fat narrative. Call it out for what it is -- a cultural conditioning that no longer serves you and in fact keeps you down but one that you replay everyday on yourself and other women.
Does this mean I will stay at the weight I am now? Dunno. Doesn't matter.

What I do know is that I now love and respect my body more than I ever have and commit to listening to what it tells me.  Maybe that way I can mute the harangues of a culture obsessed with fat. Maybe that way there won't ever be a "new fat" in my beliefs ever again.
Subscribe
If you are interested in the wellness services I offer, check out my website at https://newwellnessperspective.com 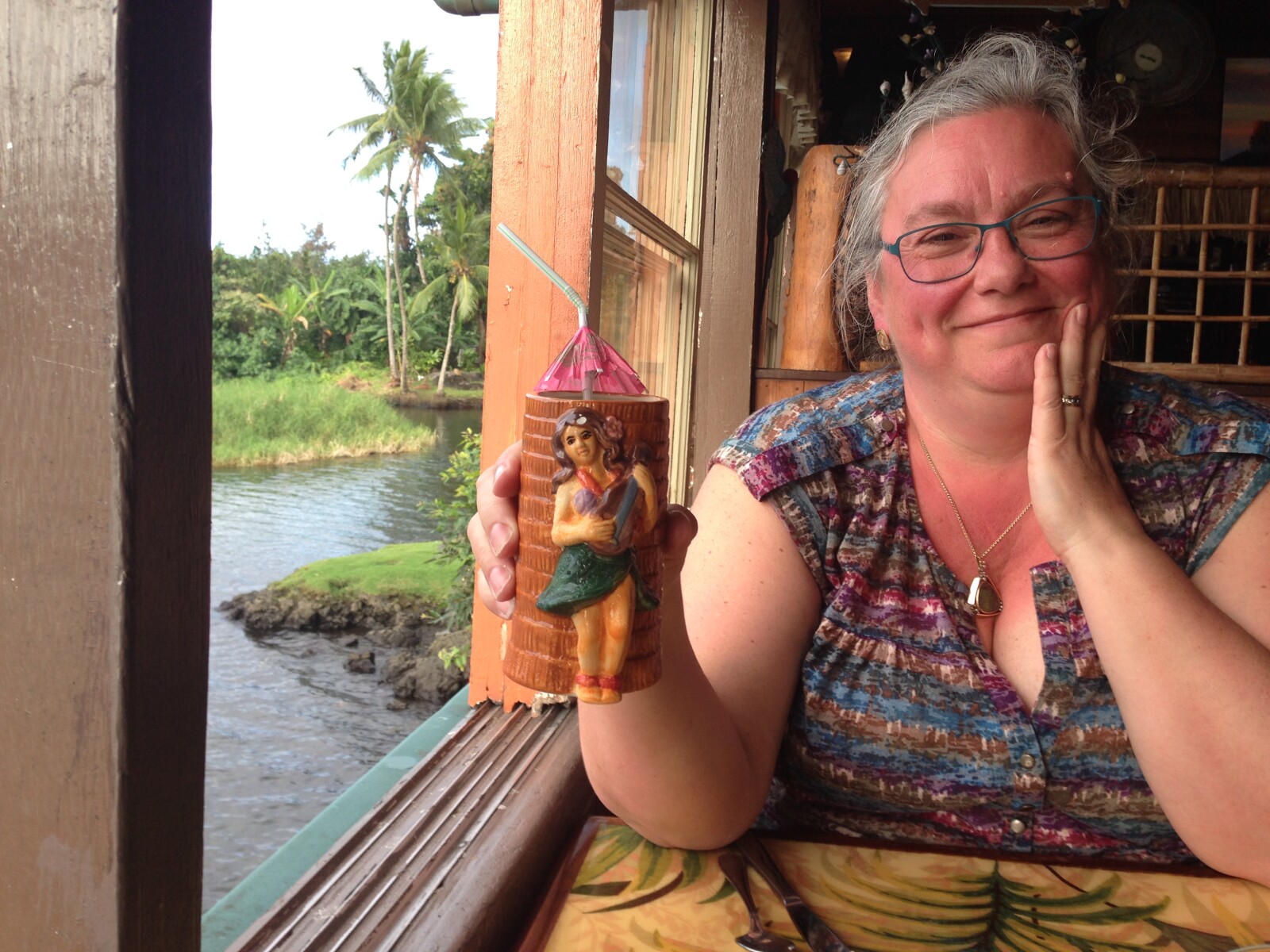 Is Your Intuition Really a Seven Year Old Child? 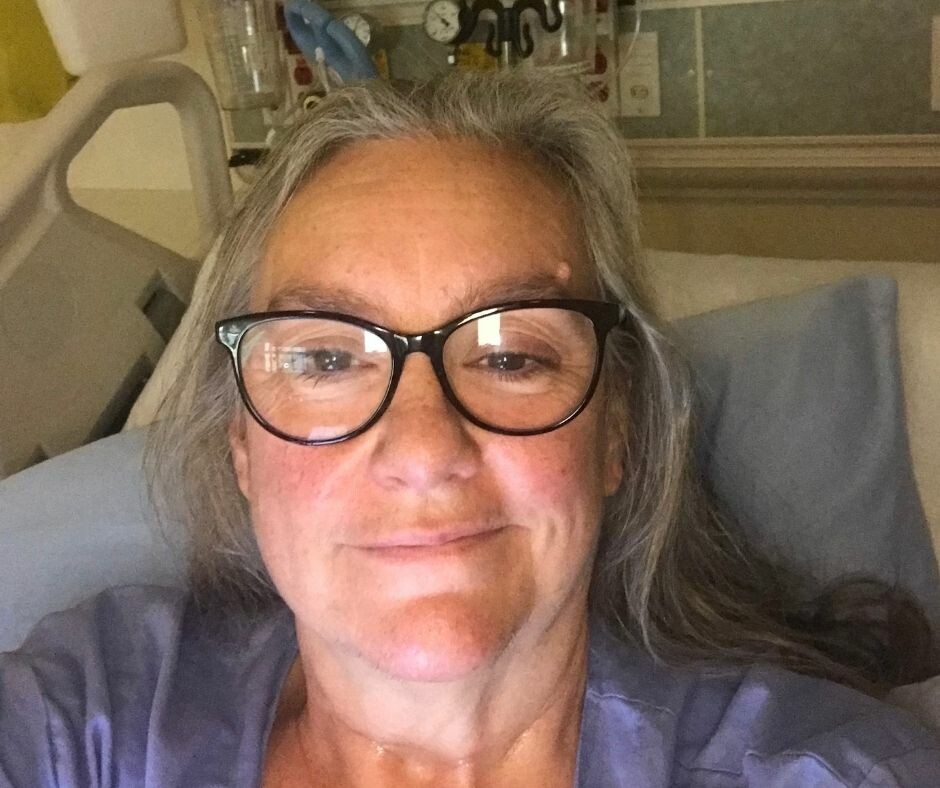 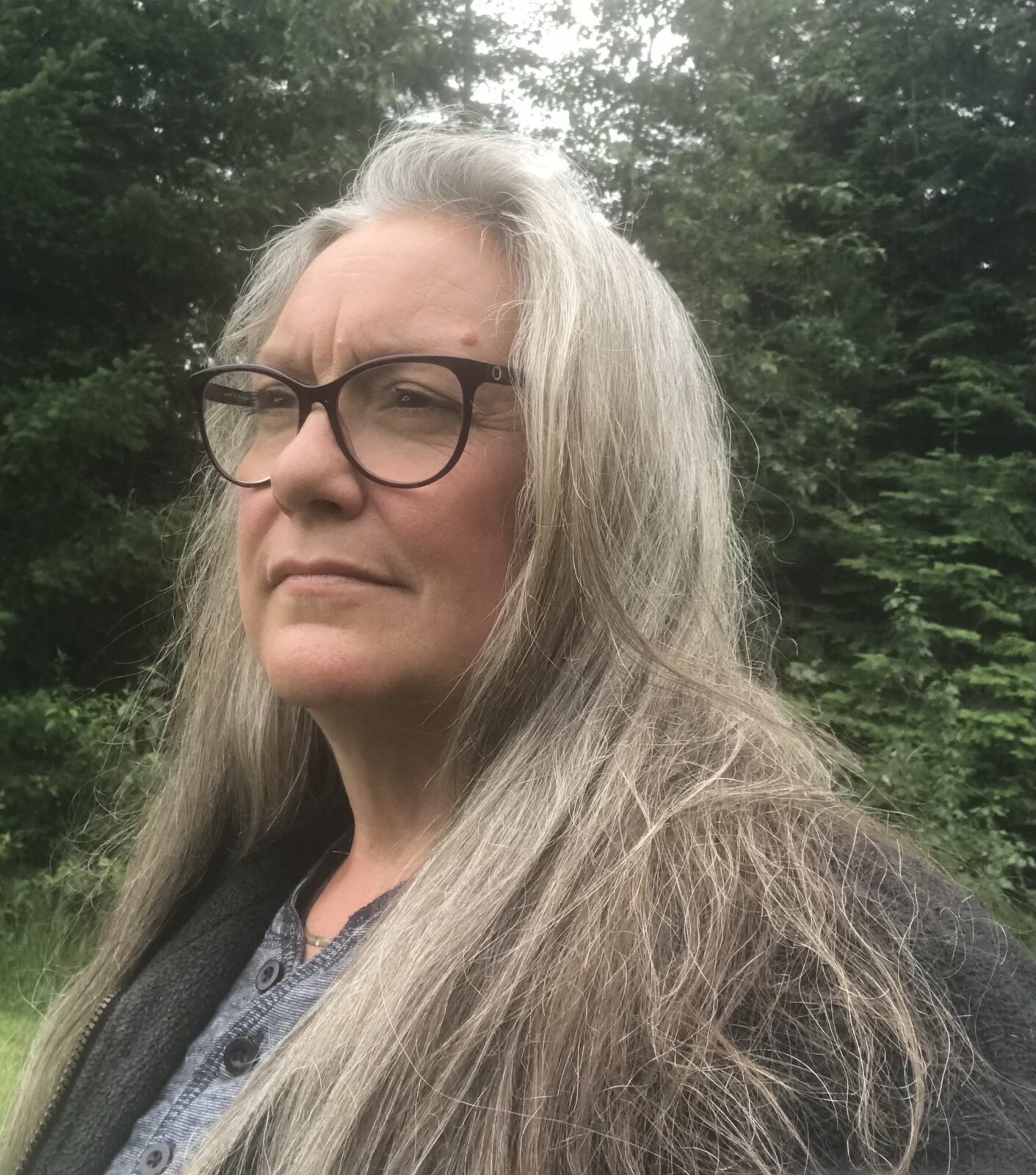 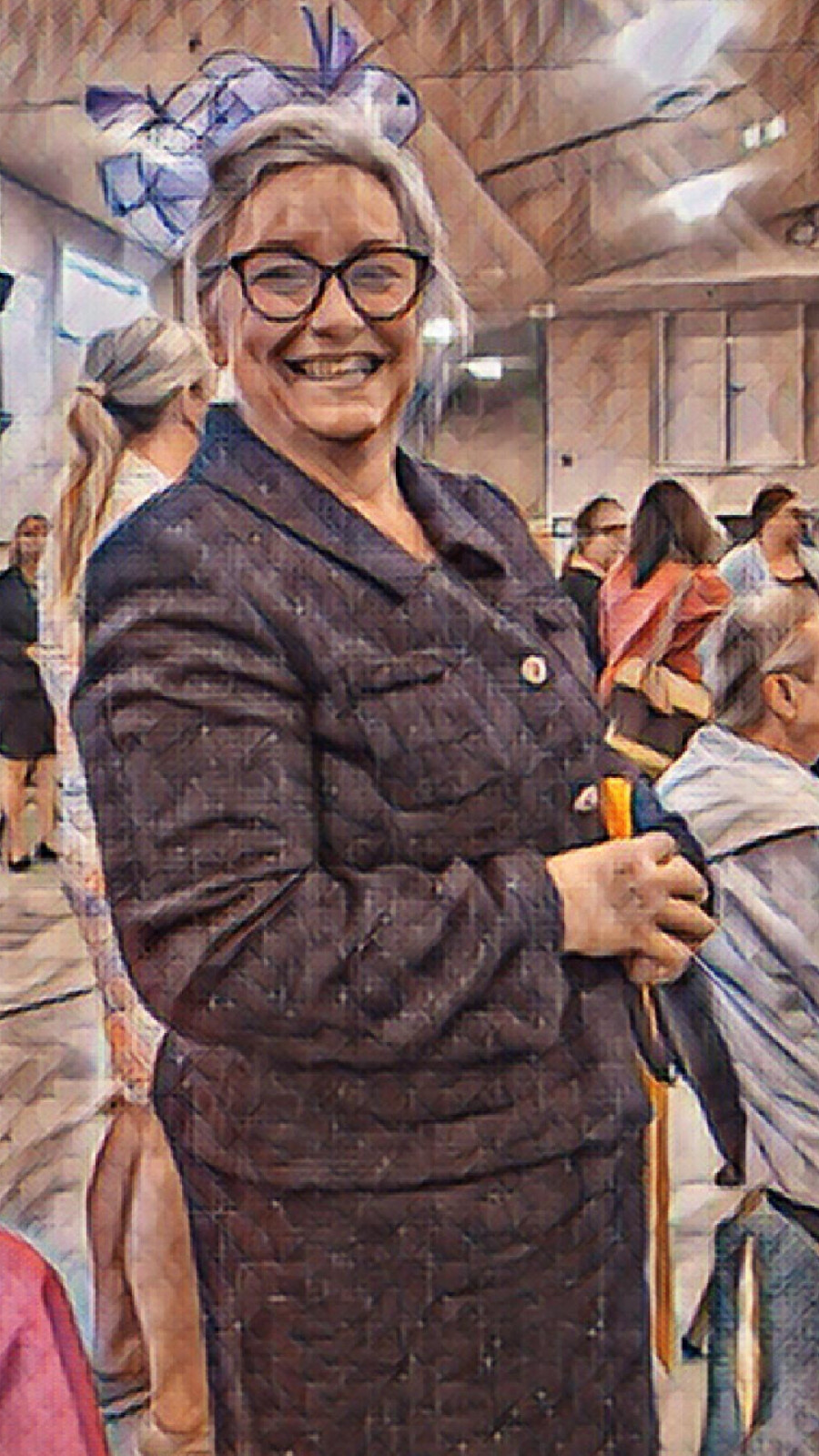 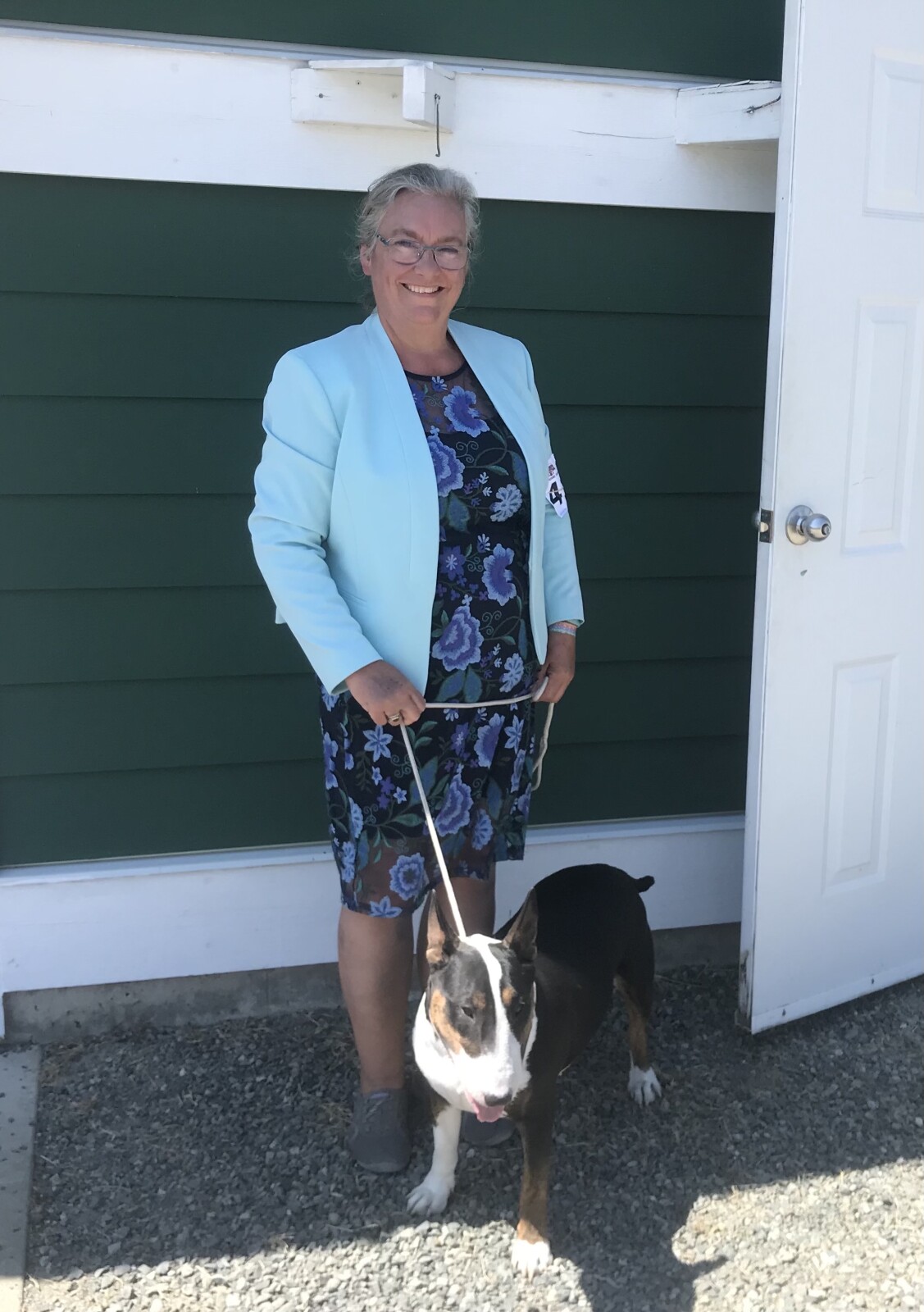 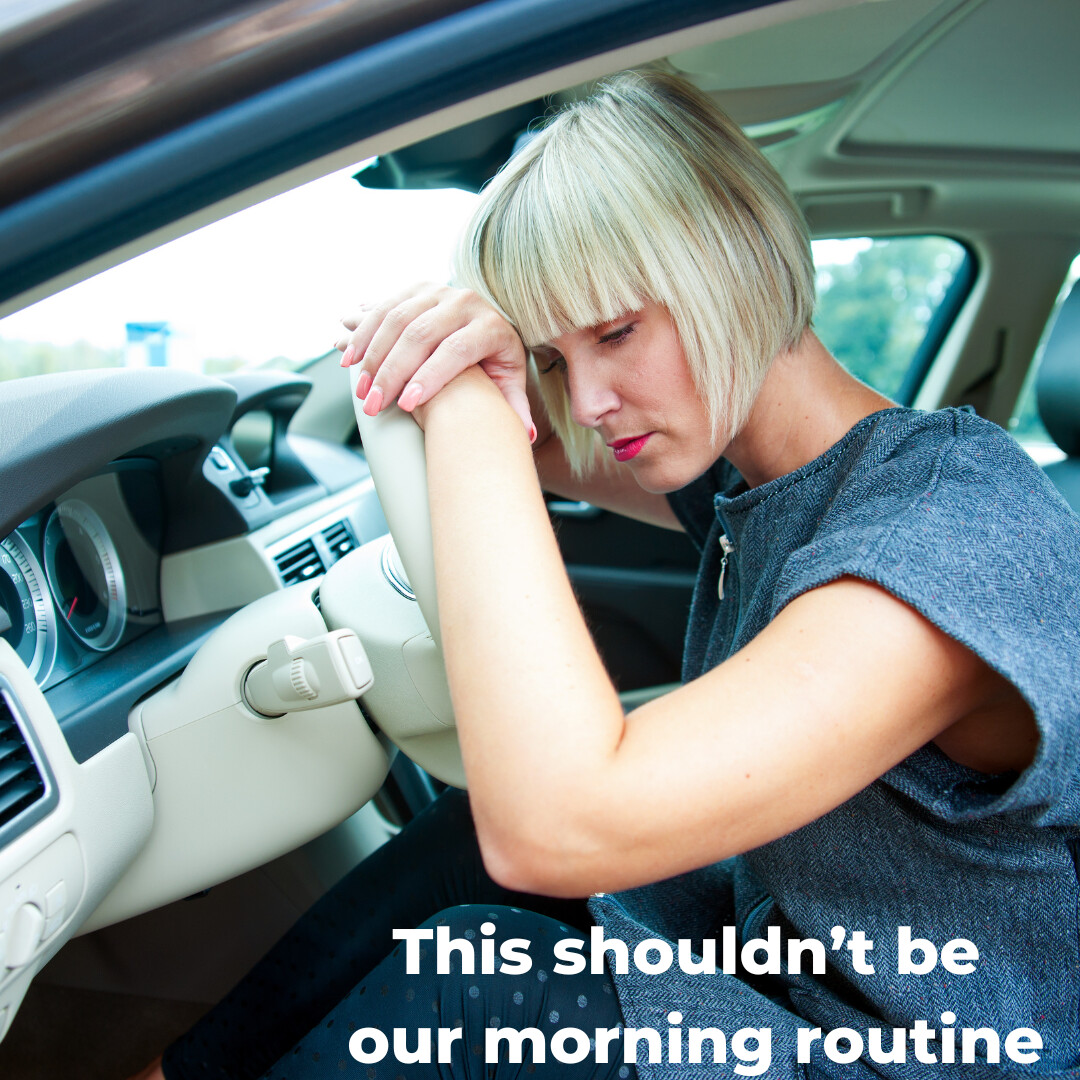 Stop Using Quiet Quitting to talk about doing your job

The 4 Horsemen of Type A

Sitting with My Demons

I have worked in the non-profit and healthcare fields for 20+ years in a variety of leadership roles. My background is developing strong, authentic teams that can lead organisations forward, supporting teams and leaders in their development, successfully delivering complicated projects, and ensuring that change is rooted in shared values. I am a people-first person.

I bought my first essential oils starter kit from Young Living in 2017. I was in a busy, head Leadership  position at my local hospital — very stressful and I loved it. I didn’t use the kit much — the occasional diffusing when I struggled  to relax.  Then in 2020 - amidst the first phase of COVID — I had a stress-induced heart attack. My body was done with the relentless stress and I was not listening so it sent me a message I could not ignore.
Once home from hospital,  I set out to learn how to relax, deal with stress, heal my body and put myself first. I opened my dusty starter kit and started researching which oils I needed and  best to use them.  I began a daily meditation practice to begin to retrain my body and a mindset shift practice to reframe my experience —putting me back in control of my reality and at the same time teaching me to surrender the outcomes.  My oils were the key to giving me a new wellness perspective.
With this new wellness perspective, I have begun telling my story to stressed out women everywhere in the hopes that they can avoid the path I walked. Once we learn to love and list to our bodies, even in the most stressful of lives, we become infinitely aware of how our thoughts and beliefs, our work ethic, and our dreams can help us live a life of wellness and happiness without the hustle and anxiety of the modern world.
Join me in walking this path.
Chris 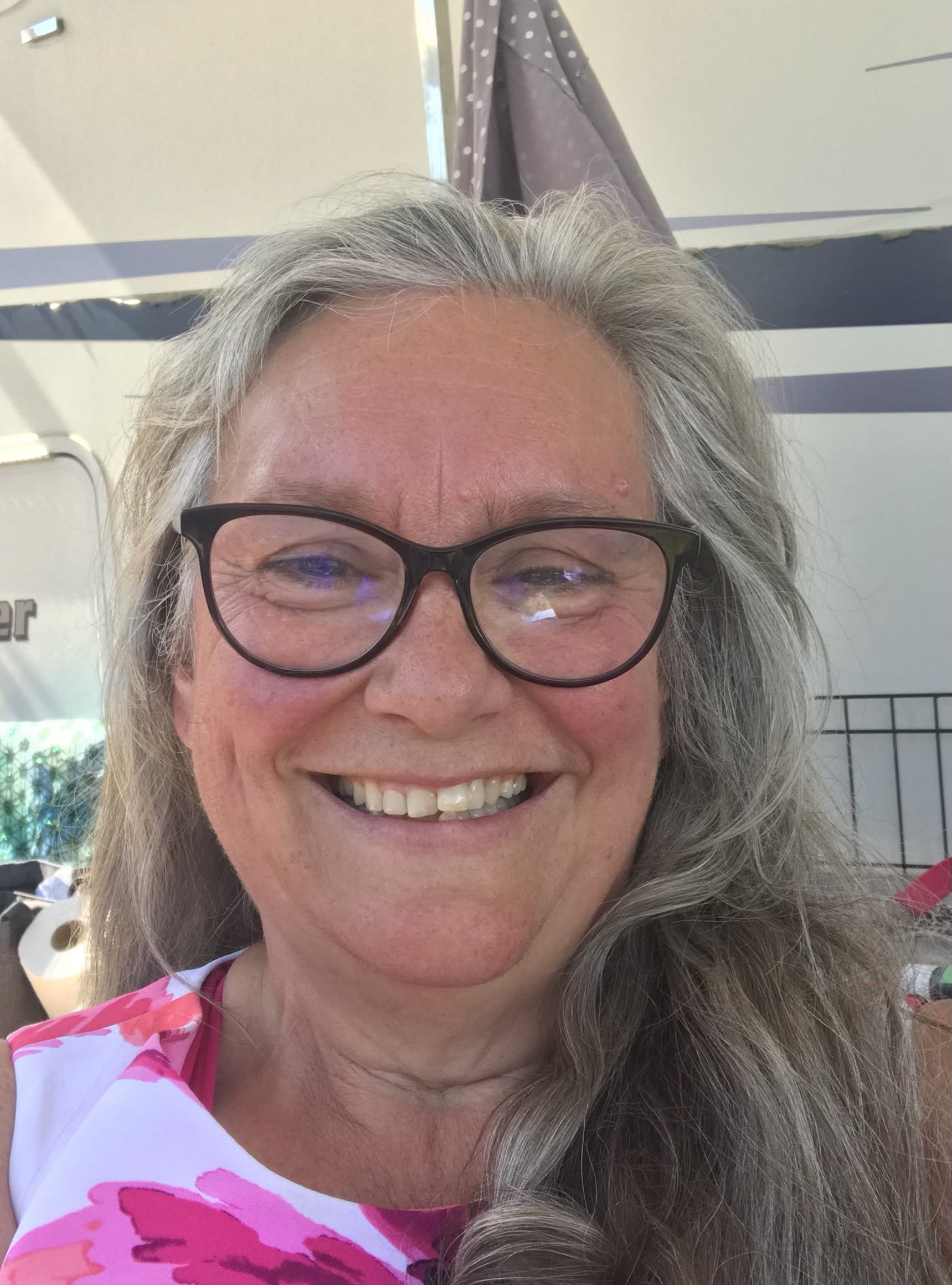